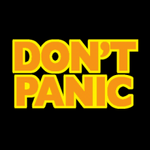 ThatDevilGuy wants to run a bot here. Could you please say your opinions here? He needs community approval for Wikia to actually allow it. Manga (talk • contribs) 22:44, July 14, 2011 (UTC)

I was wondering how did you create the image links at the boottom of most pages. I've tried using the link= phrase but it doesnt seem to work.

For examle, On The Diablerie page under the heading appearences there are pictures of the nbooks the diablerie appear in, and when clicked on you are linked to that book's page. What code was used to do that.

I have, it appaers to be some kind of template. The code only works on this wiki. when i use it on another it does nothing so the template must have some kind of hidden code behind it

How do i copy a template between wiki's.

So i create a new page called Template:Appearance on my wiki and copy over the code from here?

Reasons.
Because yeah. You'll find out when Kiiyashi makes the announcement/whatever it's called. Times told me. I don't know why, but he did. Then Kiiyashi told me what was really happening (because Times gave a vague answer). Or something like that. I won't actually say on here. It's too early. Though, it should be obvious. --

Hi! I was thinking we should change Ghastly Bespoke's father and Ghastly Bespoke's mother to Mr and Mrs Bespoke. Just a sujestion. And I was wondering if their were any pages that needed to be updated, created, edit etc. Thanks a mil! Miss. Sorrows 17:46, March 25, 2012 (UTC)

There's a discussion about making Terry and Blog administrators. Thoughts would be appreciated. Manga (talk • contribs) 17:25, May 10, 2012 (UTC)

Hi guys i was on the star wars wiki the other day and i wondered whether, like them, we should set up a system where quotes are taken from a page and placed on the main wiki page to attract more people especially if they are browsing?

Manga retired, to some extent. Without appointing another bcrat in his absence. I gather you're pretty active now, so I hope this message reaches you. I think we need a second bcrat, just to be safe. We always have, and I don't see why that should change. I don't mind if you promote Blogman or myself, just as long as there's a second bcrat. --

King birdy you own the website so can you turn me into a administrator as i will add more specified information ETC about Skulduggery Pleasant PLS.....(MR Skulman25)

Retrieved from "https://skulduggery.fandom.com/wiki/User_talk:Kingbirdy?oldid=25355"
Community content is available under CC-BY-SA unless otherwise noted.